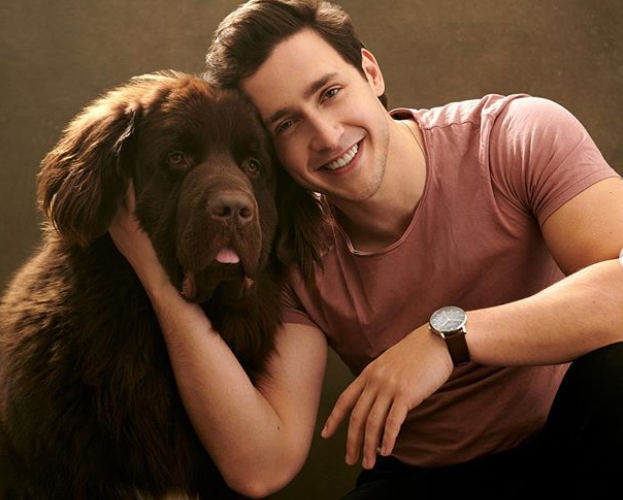 Mikhail Varshavski, better known as Dr. Mike, is a physician and internet celebrity. He has a Newfoundland named Bear, who is often featured on his YouTube channel. Bear also has his own Instagram page. Let’s learn a little bit more about this particular breed of dog… Newfoundlands (or Newfies) are a large breed of working dog. They were originally bred on the island of Newfoundland in Canada. They were used as working dogs for fishermen. These dogs are incredibly large, with males normally weighing 143-176 pounds and females weighing 121-143 pounds. The average lifespan is only 8-10 years.

They are known for their size, strength, intelligence, loyalty, and calm disposition. They are excellent swimmers, with webbed paws and a water-resistant coat. Frequent drooling may occur due to their droopy lips and jowls. They are good with children, as shown in “Nana” the beloved guard dog in Peter Pan.

In the 1800s they were used to haul fishnets, carts, and other equipment. They also have quite a reputation in lifesaving exploits, as they have a propensity to rescue people from water. One even saved Napoleon Bonaparte from drowning in 1815. Many famous people have had them as pets, including Lord Byron, Emily Dickinson, and Ulysses S. Grant.