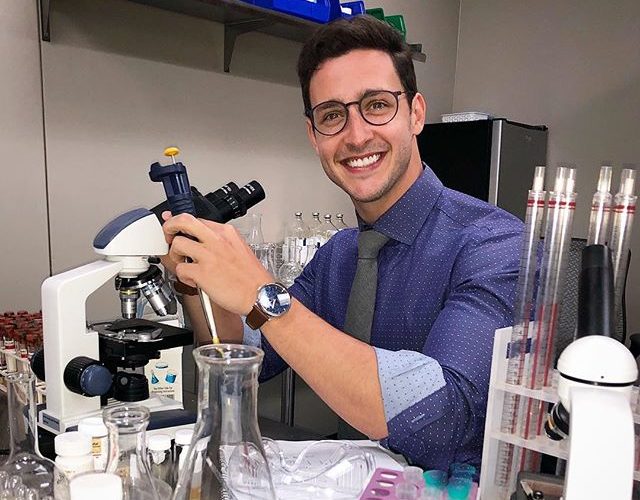 Dr. Mikhail Varshavski is better known to many of you as Dr. Mike.  He has a very popular YouTube channel with over five million subscribers and over 500 million total views.  He began the channel in 2016 and continues to update it on a weekly basis.  His channel provides videos with medically-themed entertainment, as well as videos about his personal life.

Dr. Mike was born in 1989 in what is now known as Russia.  His father was a doctor and his mother was a professor of mathematics.  He has an older sister named Dasha.  When he was five, his family immigrated to Brooklyn.  At the time, Dr. Mike didn’t know any English.  By the time he was in high school, he was helping friends with sports-related injuries.  Because of this, his friends gave him the nickname “Dr. Mike”.

He was inspired by his father to become a doctor.  He enrolled in the New York Institute of Technology and graduated with a degree in osteopathic medicine.  He completed his medical residency in 2017.  A DO is a fully trained and licensed physician whose training emphasizes a holistic approach to medicine.  This includes special training in the musculoskeletal system.

In 2012 he joined Instagram to document his life as a med student.  He gained attention in a 2015 article by Buzzfeed and that same year People magazine named him “the Sexiest Doctor Alive”.  Later that same year, he established a foundation to provide scholarships to students.  In 2017 he gave a TED Talk, and video of that speech has been viewed millions of times.  In 2018 he joined a family practice clinic in New Jersey.